Zum Inhalt springen
< Back to Homepage
19
May 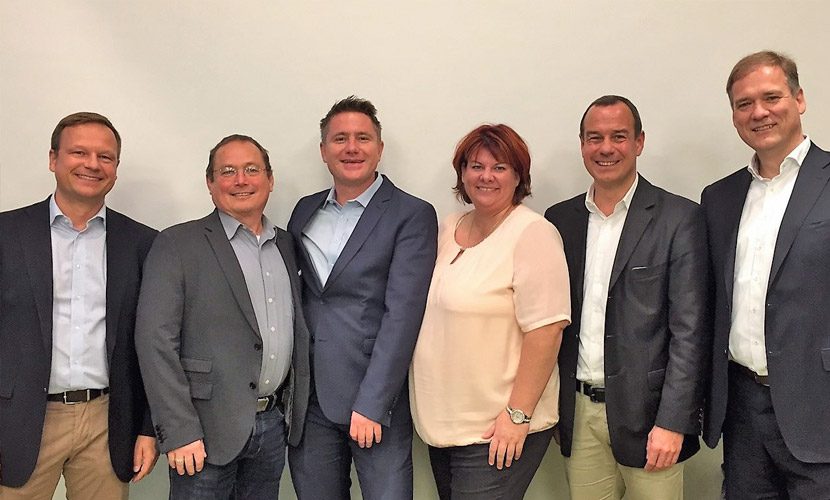 On May 11 the yearly General Meeting of the OTDS association met in Cologne. The most important topic on the agenda was the election of the executive board, as the term of the current board terminates in 2017. Six of the board members reapplied for continuing to promote the organization and thus the open data standard: Michael Becher (Bewotec), Haiko Gerdes (TraSo), Bernd Nawrath (Traffics), Dr. Oliver Rengelshausen (Traveltainment), Deniz Ugur (Bentour) und Tanja Vodermayer (FTI GROUP). Thomas Aufermann had been representing the company Travel-IT for some months provisionaly in the board and now ran for the vacant position officially. The seven candidates have been unanimously assigned by the General Assembly to head the association’s business for the next three years.

In the board meeting following the assembly Oliver Rengelshausen was re-elected as chairman; Michael Becher and Bernd Nawrath serve the association in this new term again as vice chairmen.

During the General Meeting chairman Oliver Rengelshausen furthermore reported the association’s activities of the financial year of 2016. Based on the results of the annual account as well as on the cash audit that stated no reasons for objection the members discharged the board. The forecast on the year 2017 with focus on already completed as well as pending OTDS implementations, on the further development of the formats and on the communication acitivites completed the agenda of the General Meeting.